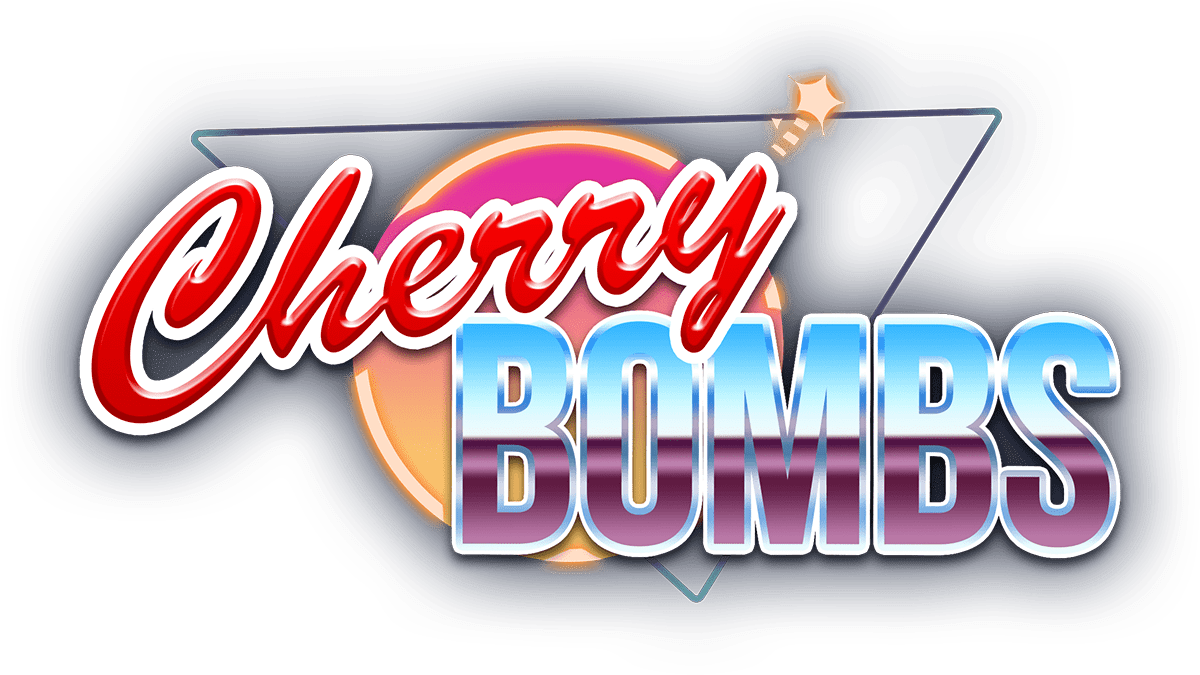 Welcome to the new and exciting world of glossy fruit symbols, but don’t let the retro machine trick you into believing that you are about to play an ordinary fruit slot!

Three exciting levels with a different type of gameplay and insane big wins in the third level. All this together with polished blueberry, orange, grape, watermelon symbols in a Cherry Bombs slot!

The Level 1 base game is a Line-Wins game that has 25 fixed lines that pay in both directions on a 5×3 (reelsXrows) game grid with bonus cascading symbols. There are single cherry symbols together with a single matchstick when properly aligned, cause an explosion.

Cherry bomb explosion destroys symbols up, down, and on sides of the cherry and new ones cascade from the top to increase your chance for a win.

Level 1 offers „2nd Chance spin“ for moments when Matchstick and fuse aren’t aligned correctly but have the potential to be so. This gives players one more chance for a Cherry explosion.

Level 2 is initiated when enough explosions fill the level up meter. It is a Cluster-Wins game played on a 6×4 game grid with an additional Double-Cherry Bomb symbol. The player is awarded 5 free spins at the beginning of Level 2 and needs to have enough explosions to stay. Double Cherry Bomb symbol together with double Matchstick works the same way as in Level 1 with the absence of „2nd Chance spin.“ Double Cherry explosion destroys all adjacent symbols and replaces it with the same randomly chosen symbols to create a winning cluster.

Level 3 is also a Cluster-Wins game but is played on a 7×5 game grid with an additional Triple-Cherry Bomb symbol. Triple Cherry Bomb symbol appears on reel 4 only and 3 fuses are combined in one which is facing left or right. When it explodes, it destroys all symbols and replaces them with the same randomly chosen symbol.

Cherry bomb symbols do not pay, but once they explode, they add to the level-up meter on the sides. The explosion is triggered by a Matchstick symbol, but only once aligned with the fuse of a Cherry Bomb.